Is a scanned contract legally binding in Australia?

The short answer is YES, it can be. But first let’s cover off some other frequently asked questions surrounding contracts.

Do different countries have different preferences for scanned contracts?

In a recent LinkedIn group discussion with other lawyers around the world, different countries appeared to have different preferences regarding hard copies versus scanned/electronic copies of contracts: 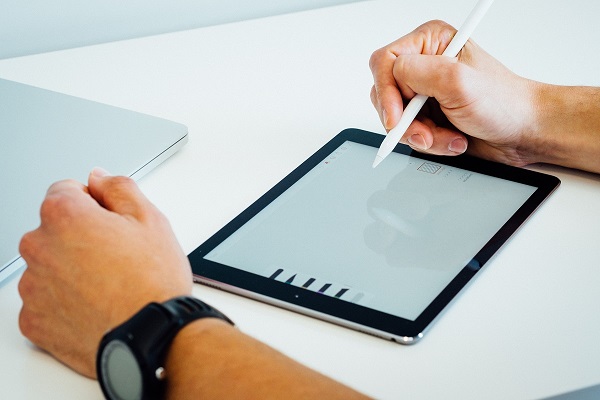 Those happy with a Scanned/Electronic copy were:

Those who preferred a hard copy signed contract were:

So, depending on where you are in the world, a scanned copy might not be your best form of contract.

Does a Contract Have to Be In Writing?

For more information on this, have a look at my previous article: Contracts Don’t Have To Be In Writing To Make Them Binding.

Do You Need a Lawyer to Write a Contract?

NO. (As much as anyone might tell you otherwise)

Most contracts only need to contain three components to be legally valid:

a) All parties must be in agreement (after an offer has been made by one party and accepted by the other).

b) Something of value must be exchanged (such as money, services, goods or a promise to exchange such an item) for something else of value.

c) All parties intend to create a legal relationship (rather than a joke or a bet in the pub).

So, it is legally valid to simply keep a written record of what has been agreed, preferably dated, keeping the following in mind:

Some consultants get hold of precedents and think they know how to amend them. This can create legal problems, rather than solutions. I’ve seen a contract cobbled together by a marketing or business consultants that are overly complicated, contradictory and contain terms that simply weren’t relevant to the purpose of the contract.

Beware if the language is old fashioned with lots of Latin references or heretofores etc, then it’s probably an old document someone has copied and may contain references to law that has changed over the years.

Does a Contract Have to Be Signed to Be Binding?

Some contracts – for instance where someone guarantees the repayment of another’s obligation – have legislation that requires signatures to prove that the contract is valid, but most common contracts can be completed without an original signature, particularly after the adoption of Electronic Transaction legislation.

How can you tell if a party agrees when they have not signed?

A party must be seen to agree to the terms of a contract in order for it to become legally binding.

You can be seen to agree to the terms of a contract even if you haven’t read it. Click wrap agreements – those links to terms and conditions with an ‘I agree’ check box online – are a prime example of contracts that people enter into every day without reading them. How many of you have read all of the terms and conditions applicable to your Facebook account? Not many, I’m sure.

If you take an action that has been anticipated in the contract, even if you haven’t signed it, you may be seen to have acted consistently with the contract, and in compliance with it.

Though agreement can be demonstrated by the signatures of the parties, it is generally accepted that parties can enter into a contract by following the course of action set out in the agreement, which ‘proves’ their consent. When drafting a service agreement for a business I will usually include a paragraph that makes the services terms binding, whether or not the agreement is signed by the client. This is because it is often difficult for businesses to get clients to return signed documents before starting work.

An example of the type of clause used might be:

This agreement will be binding on you as soon as you ask us to start work, unless you immediately ask us to stop providing Services to you, whether or not you sign it.

For contracts that require a signature (like guarantees) it is highly unlikely that the contract will be found to be binding on a party if it is not signed.

As a general rule contracts do not need to comply with any sort of formalities. Even if you have a written document that has been signed, a signature can be challenged with evidence from a handwriting expert, and I have been involved in court cases where this was done.

Court matters – litigation – are costly processes and one of the most costly phases of litigation is the called ‘discovery’. During the discovery process, each party to a court matter is required to create a list of all documents that might have anything to do with the dispute, and prepare those documents in a format that the other parties can read. With the proliferation of email and other electronic messaging, electronic discovery has become almost essential to court proceedings.

Thirty years ago all the documents presented to court tended to be in paper form. Now, they are mainly electronic. Think of all those short ‘thanks’ emails you have sent in the last year. If created as part of a conversation that is now related to a dispute, they are each separately discoverable in court proceedings. Electronic Discovery is now an industry in its own right with analytics and processing to avoid human beings having to read every electronic document ever produced.

So, coming back to scanned copies of contracts and whether or not they are enforceable.

The real question is whether the scanned copy of a contract is the best evidence that the parties entered into a contract in the first place.

While having an original printed contract with hand written signatures available to prove the parties were involved would arguably provide the best evidence, it’s not the only method to prove that a legally binding agreement can be formed, and proven, between parties.

Contact us if you have any questions about your contracts.